“[…] do not think that the man who seeks to comfort you lives untroubled among the simple and quiet words which sometimes do you good. His life has much hardship and sadness and lags far behind you. If it were otherwise, he could never have found those words.” 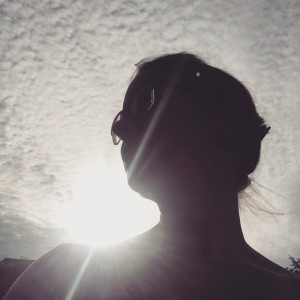 I was reminded of these words by Rilke – penned in a letter to the young poet, corresponding with Rilke back and forth; letters which have been turned into the book Letters to a young poet, a book which I’ve read a couple of times, and will definitely revisit again, when the time is right – during a CoachWalk with a client. The blissed-out-and-always-happy-camper-personas that sometimes is what comes across, in interaction with someone in one form or another, I perceive as shallow and one-dimensional. And as I honestly don’t think anyone actually can be one-dimensional, I conclude that they probably aren’t, even though it seems to me, they work hard at making it appear as if they are.

Anyway. People are not one-dimensional, we are multi-dimensional, and as such, the entire spectrum of emotions is present, at one time or another. For me, it’s a deliberate choice to try to share not just a few ”happy and blissed out”-aspects of my emotional spectrum, but to share a broader range of what I face, as a soul having a human experience here on Earth. Come hell or high water, I try to let myself feel it all. Sometimes that can be very painful. And sometimes it’s bliss!

People that I, in turn, listen to, speaking words that sometimes does me good – are multi-dimensional as well. Light and shadow – co-existing and in the contrast of one against the other, I gain a sense of perspective and – sometimes – a touch of wisdom, coming to me in the form of insights. I try to listen to the words that are being said, because I do think words matter, but at the same time, I know that what’s behind the words matter even more. Sydney Banks takes it even one step further when he states that:

“Words are merely a form. Listen not to words, but to that which words attempt to convey.”

That’s what I believe was the difference that made a difference in the life of the young poet – he noticed something in the direction of the words that Rilke wrote, something that gave him the strength to carry on writing.

For me to be able to listen to that which the words are attempting to convey, I have to be open to what happens within me, while listening. Sometimes easy, sometimes hard; but as I persist, in time, it does get less and less hard I’ve found. It’s as if I’m fine-tuning my ability to listen beyond the words, picking up on smaller and smaller nuances, getting to know myself on a deeper level. Beyond the simple and quiet words.

#Blogg100 challenge in 2017 – post number 94 of 100.
A mash-up of the book “Letters to a Young Poet” by Rainer Maria Rilke and “The missing link” by Sydney Banks.
English posts here, Swedish at herothecoach.com.