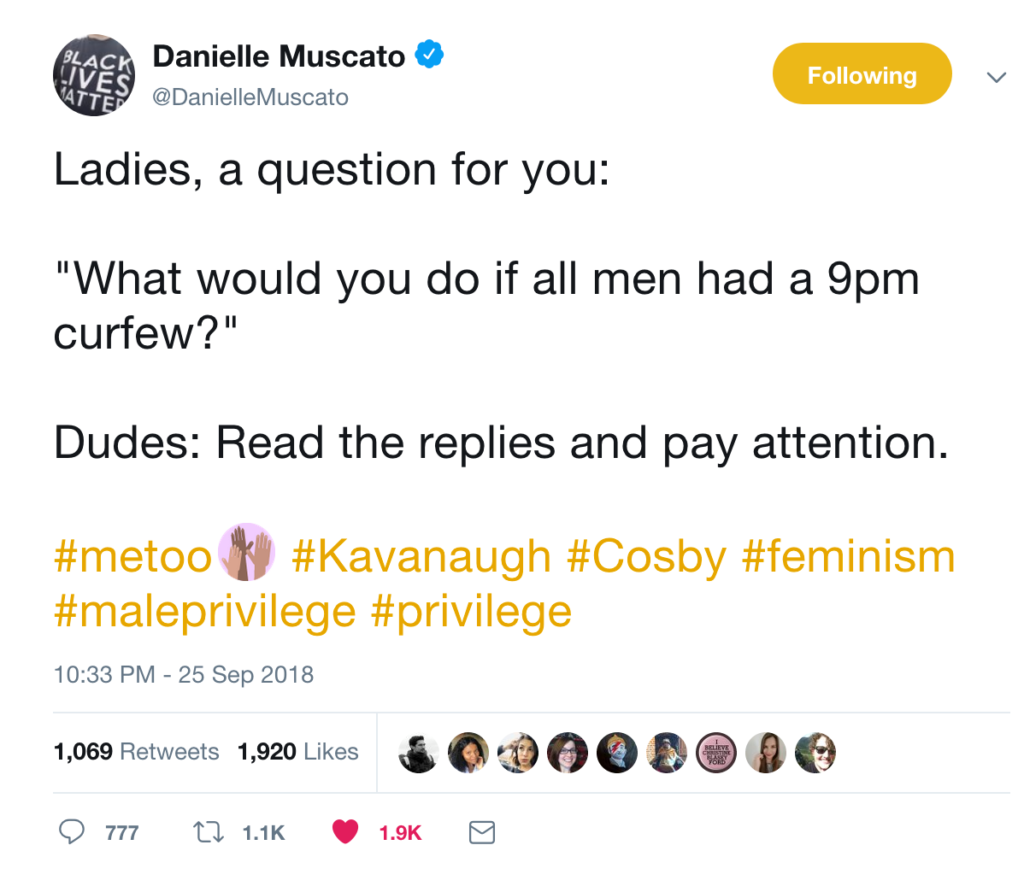 Read the replies, from both men and women.
Realized two things.
First: I know what these women are talking about.
Second: I can also relate to (commenting) men not really being in the know, because honestly, I haven’t spoken enough out my experiences to the men in my life. It’s simply not been part of the conversation.

So.
It’s on me as well. Speaking up – about the things I do to keep myself safe, without really reflecting upon them and definitely without letting on to the men around me. And I should. Because we are not mind readers, us humans. Sharing my experiences is a way to increase the likelihood of others raising their awareness of what happens to women in their circles.

So.
The other night I was filled with energy after a wonderful weekend course, and when I got home, I had dinner and afterwards took my boundless energy for a dance walk in a recreational area just across the street from my house.

It’s lit in places, and not lit in places.
I had my headphones on, playing music, singing and dancing along, as I also caught the occasional Pokemon and spun a few poke-stops (most of them placed in the unlit areas of the park).

Now and again, a jogger (all of them men for some reason) would come running from behind, having me spot them, glancing back, slightly on edge, until they had passed me by.

And as I entered the darkest path, through the arboretum, I DID consider… was this wise of me? Should I really walk through here, in pitch black woods, not knowing what might happen?

I chose to.
But also turned on my IPhone flashlight, to give ME an opportunity to spot anyone else coming on the chance of them having ominous intentions (rather than for the sake of lighting my way).

So, yeah.
I know precisely what it feels like, having an inclination towards fear and insecurity. I don’t let it stop me from taking the walk – but I do take the walk slightly on edge, truth be told. And I don’t want to. I want to be able to take this walk, without any fear in my system – because I don’t want to be ruled by fear. I want to look at people around me with a loving disposition. And I believe you would want me to look at you like that as well, don’t you?