/
by Helena Roth
/
in Wholehearted
/
No Comments

Part of living wholeheartedly, for me, means sharing. Sharing what I experience, what I think about, what I struggle with and what I rejoice in. This past week has been a good example, as Pop the cat went awol on Sunday the 23rd of October. We called for him, went looking all over, posted about him being gone all over Facebook, Instagram and other “cat’s gone awol”-sites available out there. Reported him missing to the police, put up Missing-posters in the neighborhood, called the local veterinarian and in all manners made it clear that we needed help to find him again. 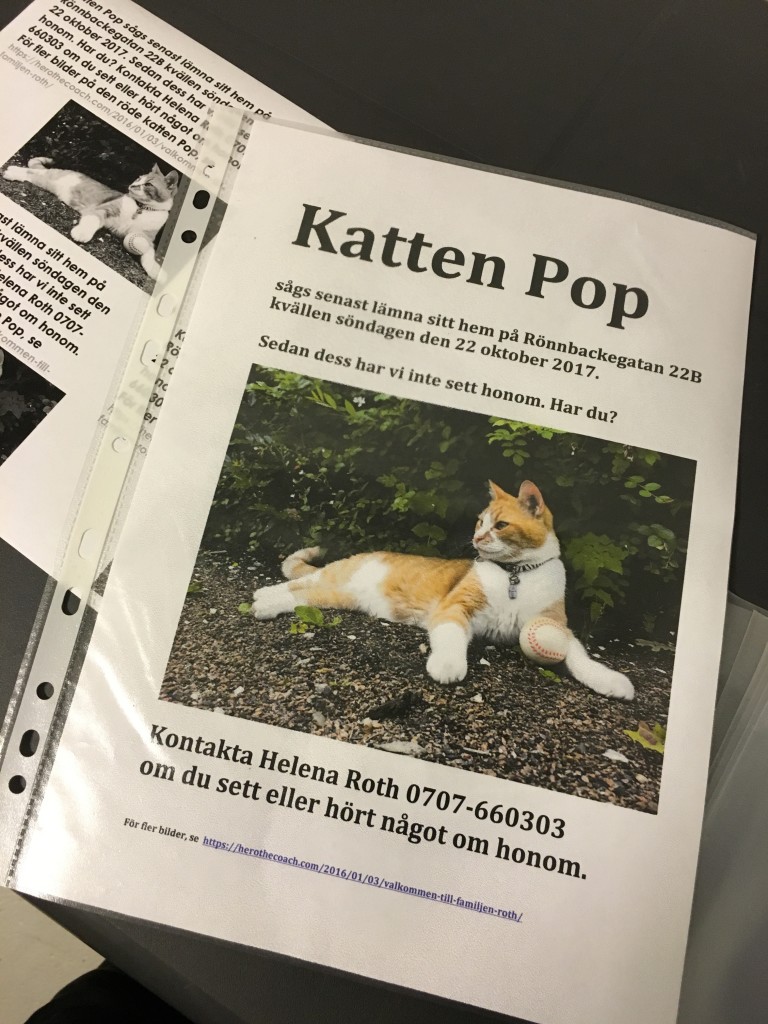 And how people responded!

Came with tips and ideas, shared the Missing-cat-post all over the web, kept an eye out whenever they were out and about in the neighborhood as well as contacted me with possible Pop-sightings.

And then today, six days after he went missing, me and the kids were coming home from a festive gathering outside of town, and as we were being dropped off on the street outside our house, we all heard a cat meowing really loudly, not pleased with life at all. It sure sounded like Pop, but we’d all gone down that road so many times the past week, that we had a hard time believing it could actually be. So we took off down the street, once again, with hope bubbling up in our bellies, to find whatever cat was making such a ruckus, and a few houses down the street, there he was! In the garden of a neighbor, just let out of their garage. They’d been away, and came home to weird noises in the garage.

Me and the kids were rapturously happy, while the man of the house felt so bad. I told him not to, because he’d just made our day! 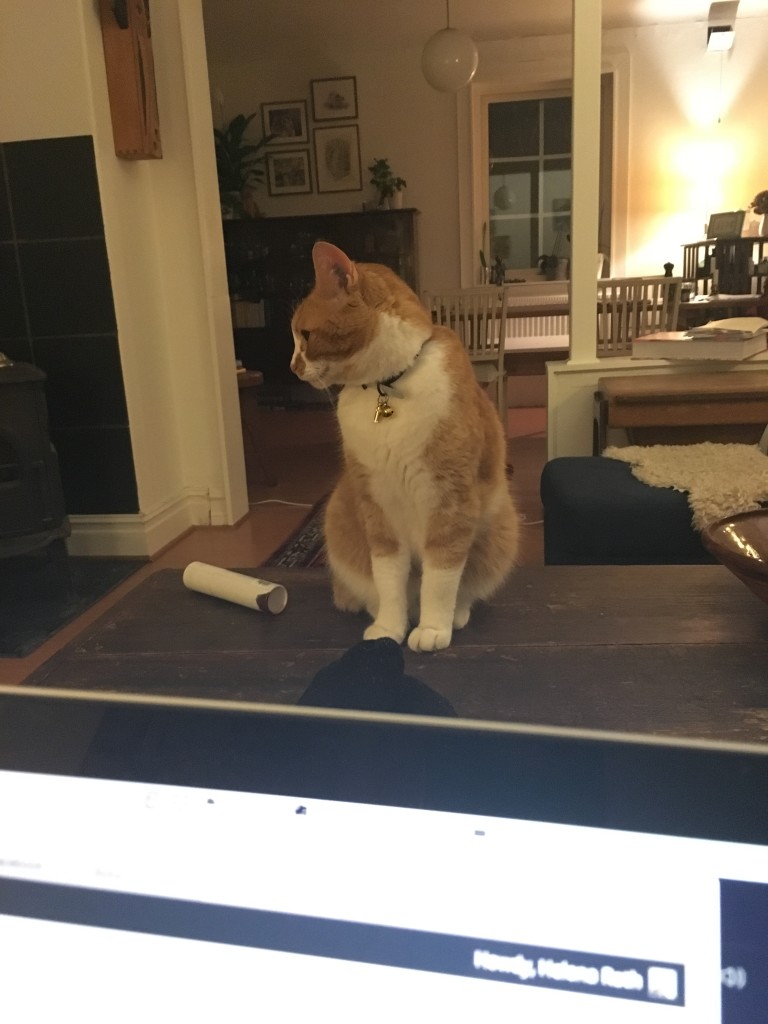 Right now, Pop is sitting on the sofa table staring me down, pissed at me for not letting him out. Or, at least, for not providing enough food to make up for the lost food intake of the past week. I’m figuring I’ll go easy on both – wanting him inside the house at least until the morning, and a little food now and again, to make sure his system doesn’t crash and burn after going on an involuntary diet for six days. 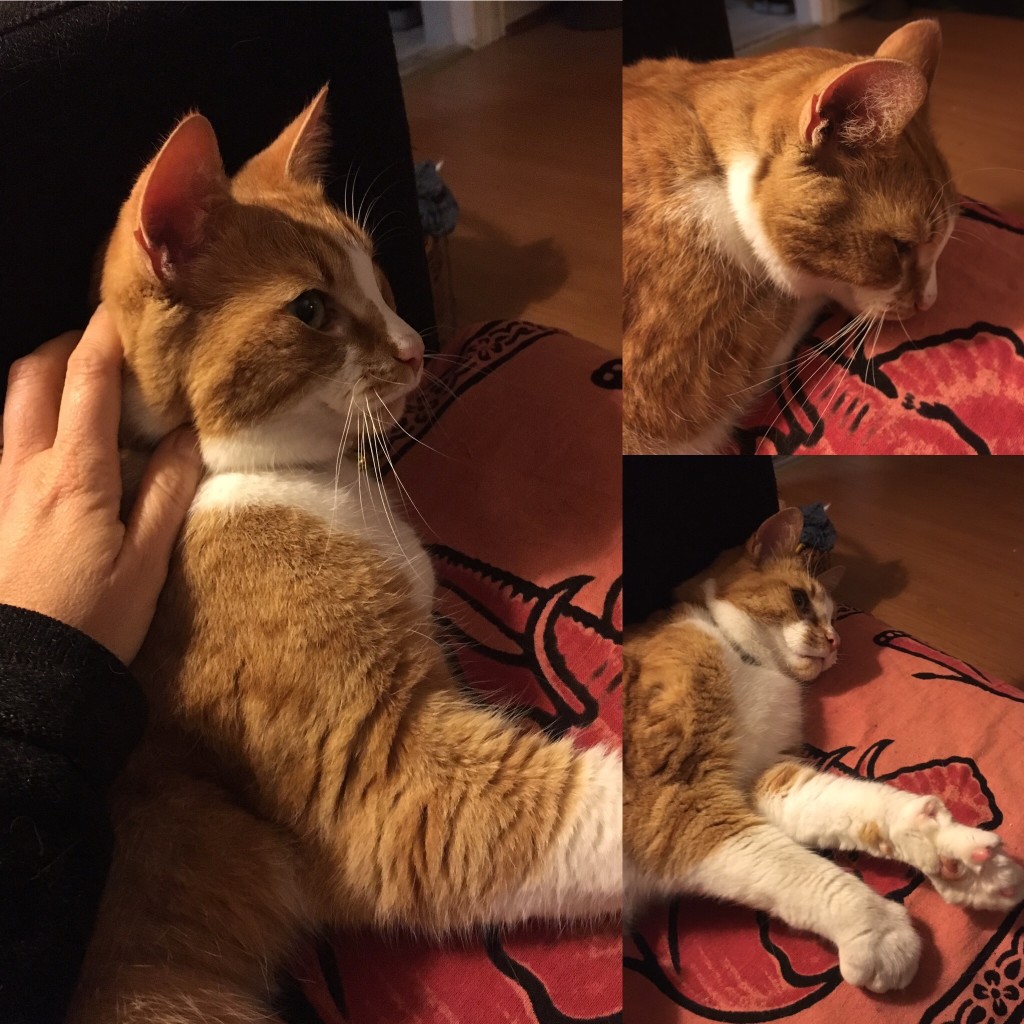 So now I’ve been sharing my joy at this moment, all over the Internet, calling the police to retract the missing-cat-report, letting everyone know Pop’s back in da house!