Whale watching.
It almost didn’t happen, during our family vacation to Seattle and Vancouver. But I just couldn’t let the opportunity slip through my fingers. So it did. We went whale watching, all four of us. And what an experience!

Luckily enough we went out on a morning trip and it didn’t take long, once we’d come to the sheltered waters amongst the Gulf Islands outside Vancouver, before we saw the A-group of the J pod – if my memory serves me right, that is. No promises there! But then Google wipes my uncertainty away, and I can inform you that my memory serves me just perfectly, thank you very much. 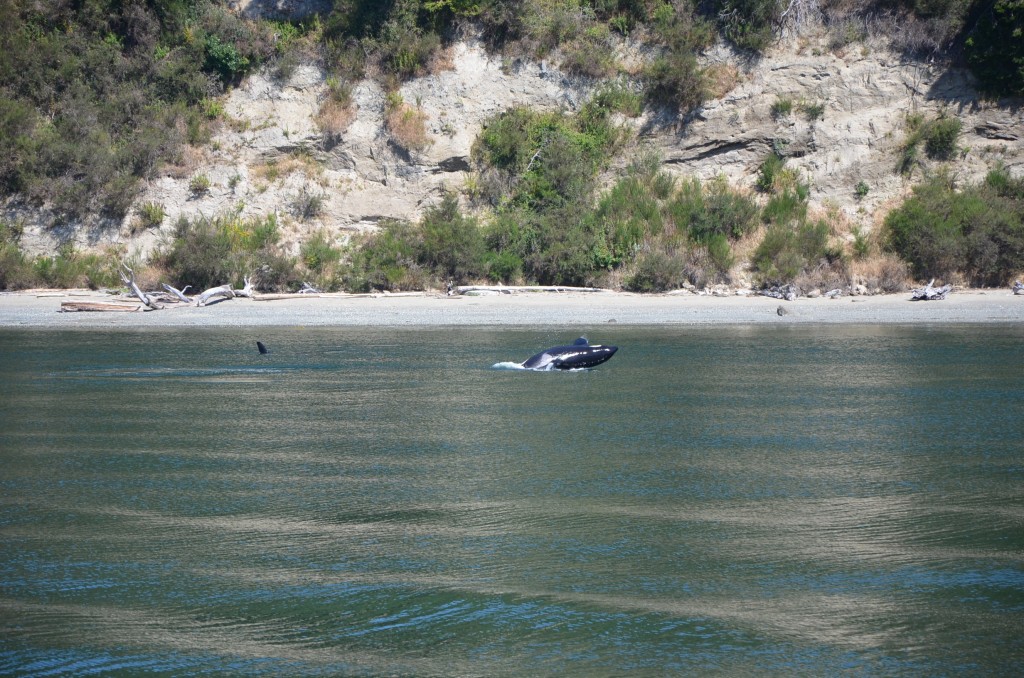 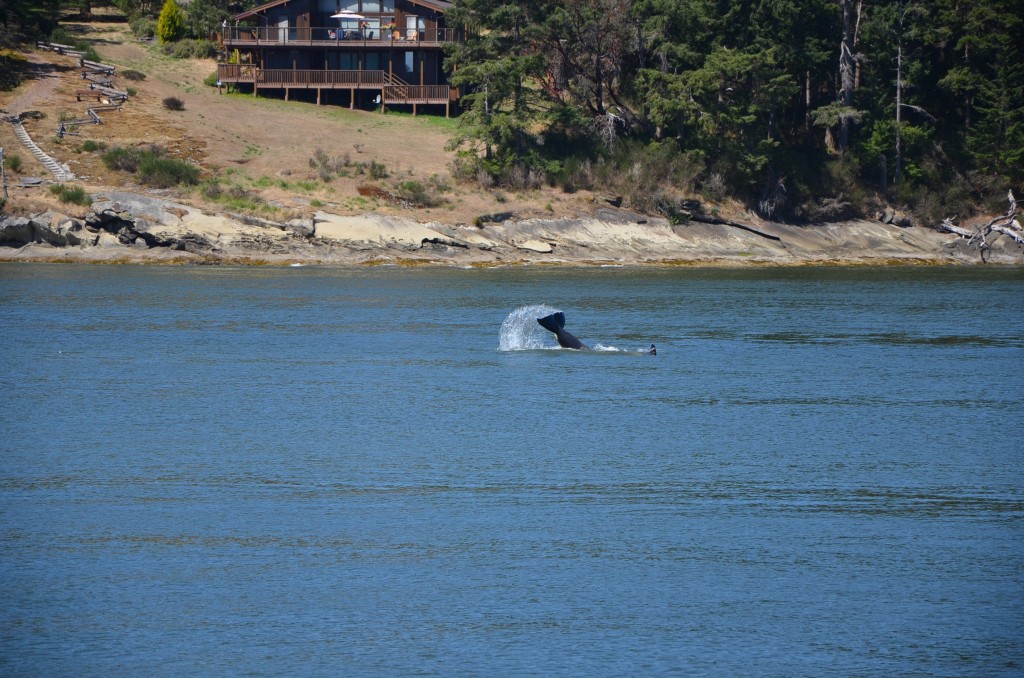 We followed the A group for close to two hours as they headed for open sea, and it was awe-inspiring. Absolutely stunning. Looking back, it’s hard to grasp, that we’ve actually seen these majestic creatures in the wild.

And that’s the thing. That’s the only place where you should watch orcas! 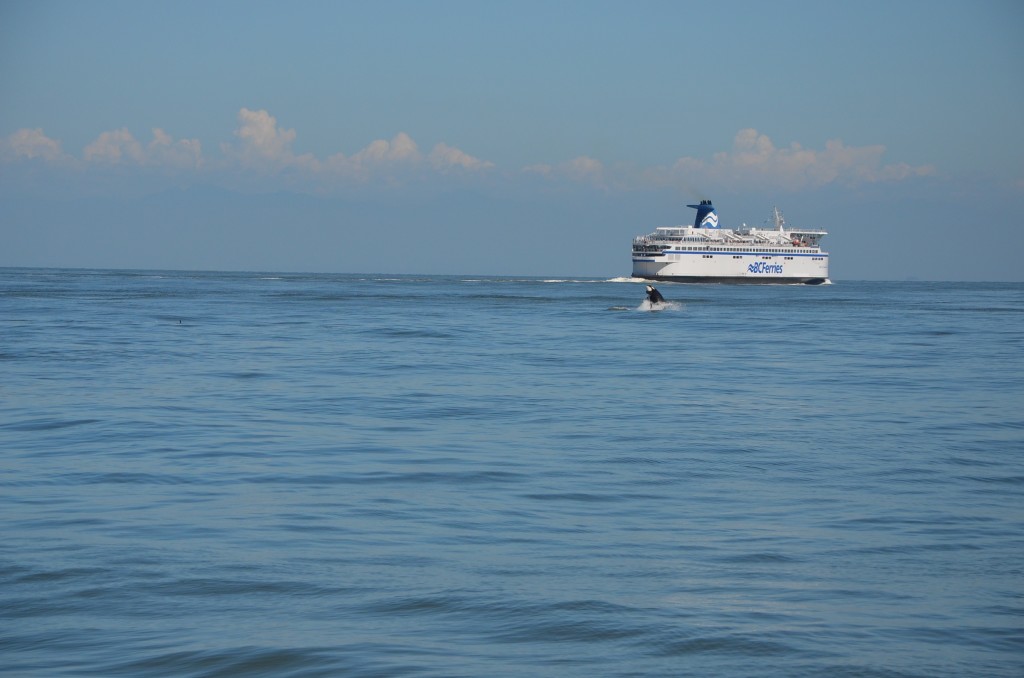 I just finished watching Blackfish with my husband. Just two weeks after witnessing the grandeur of orcas, here we are, witnessing the horror that humans have inflicted upon orcas, from these waters. Quite probable there are orcas in captivity related to Granny and the rest of the orcas in the pods in the Puget Sound and Salish sea area.

What a tragic documentary, and yet, it’s a must-see! There are still too many orca’s in captivity, in surroundings that are just torture for these creatures who swim for miles any given day, out in the wild. You cannot build a compound that can provide what these animals need, it’s just not possible. They are too large, and move to quickly, and simply should not be kept in captivity. And then I haven’t even started to tell you about the social structure. The matriarch runs the show, with brilliance, grace, guts and a lot of experience. And they stick together, having developed a part of the mammalian brain that humans haven’t got. They are social, in a way that surpasses anything human beings are capable of. 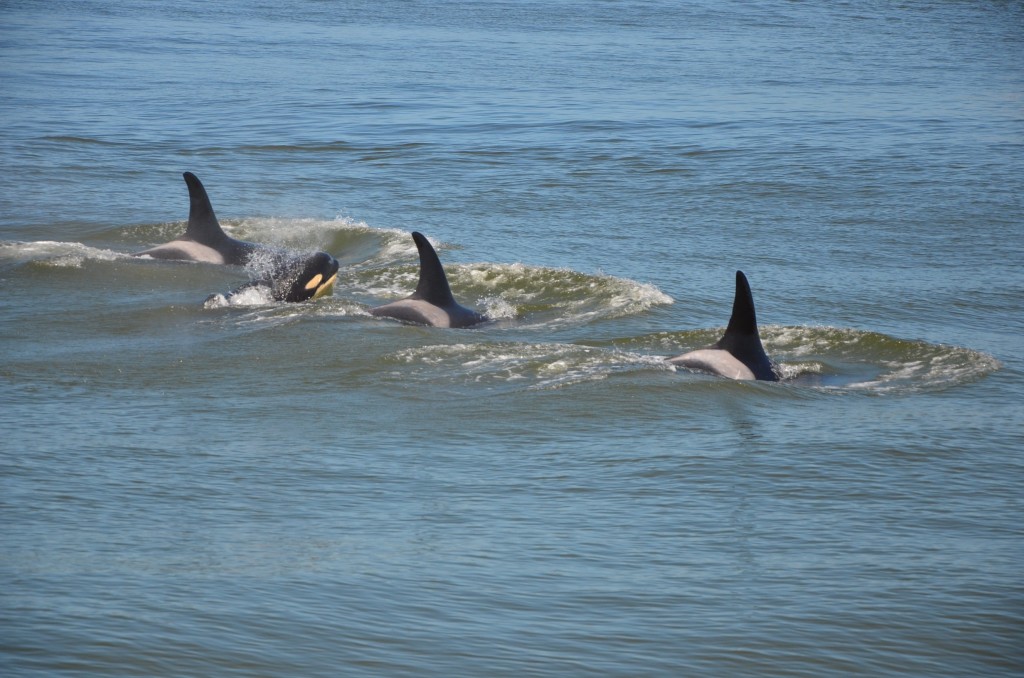 One of the baby orca’s that we saw, possibly the one sticking it’s head up above, is 1-2 years old, and has teeth marks over her body. You see, she was stuck during birth, and the older orcas grabbed her, with their teeth, and pulled her out, saving her life as well as the life of her mother. As I saw the pictures of her scarred back, shown to me by our guide, tears welled up in the corner of my eyes. Imagine the wisdom of Granny and her relatives, to know that they had to help this baby orca out of her mother, or else they would both perish.

The species is facing extinction, in part because of a lack of food, but also because as top predators, toxins amass in them, causing them to get sick and die. I had no clue, but there are resident orcas that feed on salmon and squid (such as the J-pod), transient that feed on sea mammals and sea birds, and yet a third type, offshore orcas, that feed on fish, sharks and sea turtles. J-pod, and the other pods in the Pacific Northwest, are the most studied orca’s on earth. Our guide told us, she (and I am assuming this goes for all the other naturalist guides onboard all the whale watching vessels) has to fill in a report for every sighting of an orca. Location, time and date, and numbers. She took plenty of photographs, and was thrilled at our luck. You see – this was just the 4th or 5th orca sighting in the area since the spring, because this years salmon run is so bad the pods have to stay further away, to be able to eat.

Facing extinction though, doesn’t mean they are extinct. Not yet. So there’s hope. Perhaps we can start with ending the ruthless captivity of way too many orca’s like Tilikum?

Granny is over one hundred years old. In captivity orca’s never live that long.

In captivity almost all male orca’s show dorsal fin collapse. In the wild, it’s almost not seen at all. And the dorsal fin is all muscle. In a grown male, it can be as large as 6 feet, that is, close to two meters. Imagine that!

There no record of an orca in the wild harming a human being. In captivity, there are too many tragic examples, as Blackfish shows all to clearly.

It is beneath us, as a species, to treat other sentient beings like this, is it not?