The way to live my life

The way to live my life

The intensity!
People are responding, daily-ing, responding to prompts, sharing shipping news and aha’s like never before.

TCW is going out with a bang!
A most fitting description of these final hours (?!) of The Creative’s Workshop. But alas, how will it work, the actual shut-down? ”The final day is on the 9th of July” but what does that mean? Will it be shut-down at the start of the 9th, or the end of it? And according to what time zone?

Luckily… soon we are to find out, all of us, participating in TCW until the very end (at least our perceived end).

I’ve downloaded the CSV-file with all of my entries, have the archive-link handy, and yet… there’s so much goodness written by someone else… I just will not, ever, have the time to go through it all, even if I could save the entirety of this very first cohort of TCW.

So I shake it off, the sense of regret, of loss, accept that the FOMO is not a fear, but a fact, and as such, I could spend my time and energy fighting it. To no avail. That’s the problem with facts like these. It’s not a problem to be solved but rather a fact to accept. So I do.

I accept that there are dailies-threads I will never, ever, get to dive deep into.
That there are responses to prompts that hold potential gems and insights that would be of such service to me, responses of beauty and wit, of honesty and humor, of confusion and clarity.
Not to mention all the responses to all of these posts. Responses filled with as much beauty and wit, honesty and humor, confusion and clarity.
Astute writings I won’t ever get to see. 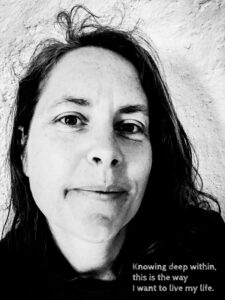 Ah.
Bitter-sweet.
And so so welcome.
I cannot fathom living in a world where I would feel finished.
Imagine partaking in a workshop like this, with 400+ participants (not all active, but many), and after 150 days feel that I’ve gotten everything possible from it, that there’s nothing left to learn…

I wouldn’t want that.
Not for TCW, not for anything.
Especially not for life.

So I am letting TCW go, in order to let come other things, with grace. With loving acceptance, knowing deep within that this is the way I want to live my life.

One of my 12 English books to read and blog about this year, is Women Who Run With the Wolves by Clarissa Pinkola Estés. Normally, I never write about the book until it’s finished, which is when I write my book reflection. However, this book, which I am approximately 60% through, has certainly challenged me, as almost not a page goes by without me making copious notes in the margin and the number of dog ears is just ridiculous! I usually don’t mark pages with dog ears, but the best of the best of this book has me crying out for me to make it easily accessible in years to come, and alas, the book probably has 50 dog ears by now….

Anyway, as I was reading this book during my weekly Monday Reading Retreat, a paragraph jumped out at me, and I simply cannot hold it in anymore. I. Have. To. Write. About. It. Now. 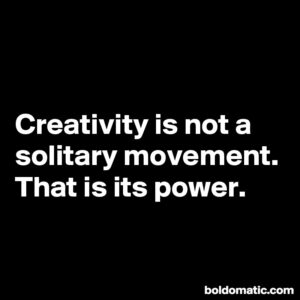 ”Creating one thing at a certain point in the river feeds those who come to the river, feeds creatures far downstream, yet others in the deep. Creativity is not a solitary movement. That is its power. Whatever is touched by it, whoever hears it, sees it, senses it, knows it, is fed. That is why beholding someone else’s creative word, image, idea, fills us up, inspires us to our own creative work. A single creative act has the potential to feed a continent. One creative act can cause a torrent to break through stone.”

This.
This is what The Creative’s Workshop is to me.
It feeds me.
There is so much creativity just whizzing and bouncing along in the workshop, it’s almost ridiculous, and it feeds me and my creativity to levels I’ve not experienced for many years.

Be a purpose finder.

Don’t be a purpose seeker, be a purpose FINDER. This morning @helenaroth opened up our minds to the possibilities in being kinder to yourself, playful in your approach and curious in your intentions. In doing so, your purpose will have a much easier time finding YOU.

That’s what they wrote a few hours after the fact, the lovely crew volunteering for Creative Mornings MAL. Purpose was the theme of this morning’s workshop. I was asked last week if I wanted to host it, their first ever Creative Mornings MAL (as in Malmö) meetup over Zoom, and of course, the Swedish heritage of Pippi Longstockings made me say Sure, I’d love to!

And I did. Love it that is.
And it went really well!
And I’ve learned so much these past years, not in the lest in the past two months on The Creative’s Workshop on how to run quite engaging and interesting and interactive workshops/meetings on and off Zoom, that it felt great to get to practice it first hand.

The theme, purpose, is an old friend of mine. I’ve written about it numerous times, clothing it in varying costumes, but at its core… same thing. Now, I didn’t prepare full-on, I admit. I talked the theme and my idea of setup over with my contacts at CM MAL, and jotted down notes for myself simultaneously. Checked out a few of those old blog posts of mine, and flicked through The Book of Awakenings for some added inspiration, and then, early this morning when I woke up, I had a general outline on my mind. So I grabbed pen and paper to give myself a few possible stepping stones.

I used a few of those stepping stones. Some were left unused on the paper. And a few new ones popped up in the moment. And that is what I do best. That was made very clear last year when I did my Pecha Kucha; I do better when I riff. It requires the setting to be one where riffing is possible, of course, but that is also what attracts me. It’s a frame that suits me. And having figured that out, is quite helpful as well.

And yeah. I do have a purpose in life. My why is to make a positive imprint, and the how that goes with it, is me being an agent of change. But most importantly, I didn’t invent it. And I didn’t search for it, but rather, it found me.

What about you? Have you found your purpose in life? Or has it found you?

Riding my bike to the train station this morning I had a thought. 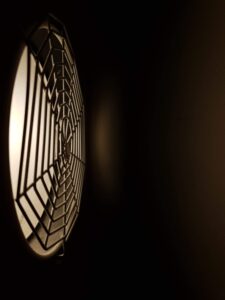 I’ve regained my joy in writing.
I haven’t had this much fun writing for the past year, or so!

I know full well what’s sparked my renewed thrill with writing – attending The Creative’s Workshop, and being a part of such a generous and caring community –, and that had me do a double-take. In hindsight, I’ve not partaken in (enough) stimulating ventures, which, apparently and not surprising at all, get my creative juices going.

That’s an important realization for me.
I enjoy it.
I thrive off it.
I am more creative on account of it.

And luckily enough, it’s completely in my own hands. I can jump in, or get out of, stimulating ventures at any time. There’s no end to the number of exciting, exploratory, engrossing workshops, courses, pieces of training I can attend. No end!

In 2015 I listened to a riff from Jonathan Fields on Good Life Project, telling a tale about one of Eric Clapton’s guitars. It must have stuck with me (things have a habit to do just that), because when I stumbled upon a book entitled Clapton’s guitar – watching Wayne Henderson build the perfect instrument, by Allen St. John, in a thrift shop in Karlskrona in 2018, I bought it. And now, in 2019, I’ve read it. And what a read it’s been! 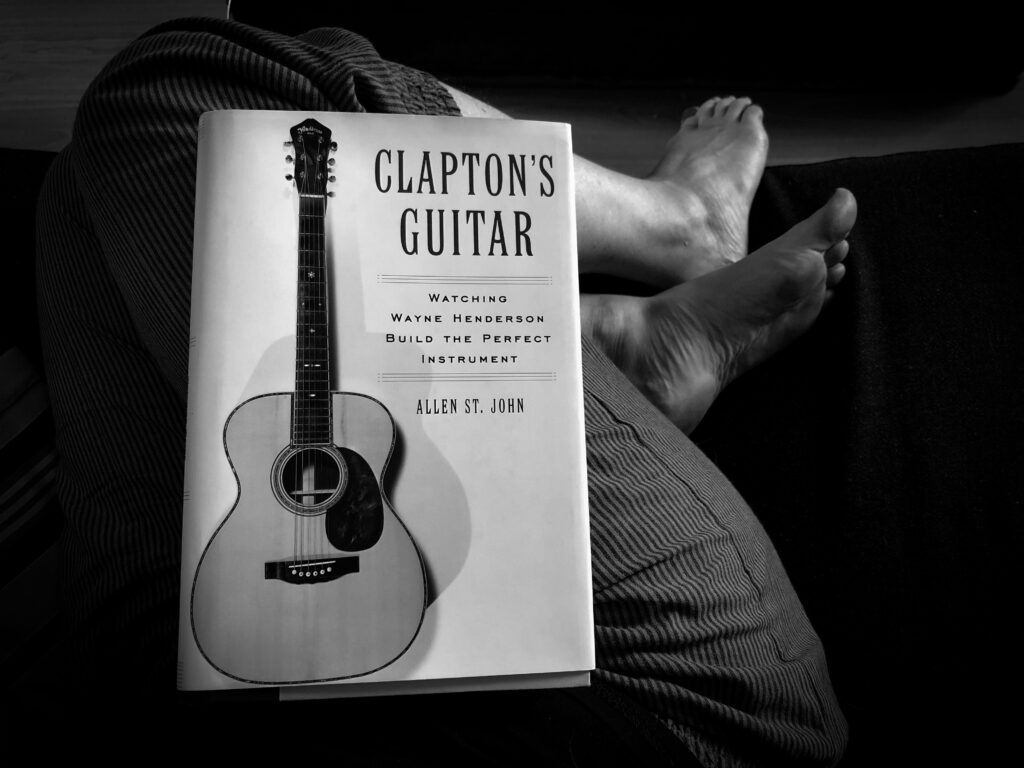 There’s this one thing that fascinates me. Professionals. It doesn’t really matter what the profession is, but someone who’s a pro just gets me going. I’ve blogged (and vlogged) about a few of them; massage therapists, physiotherapists and chiropractors, train conductors and smartphone salesmen.

This book. It’s about a pro. Or rather, about pros. Not just the one. There are many a professional featured in this book, but more than anything, it’s about Wayne Henderson, a master acoustic guitar builder. A luthier.

“[…] Wayne Henderson is a genius. His brand of genius harks back to the word’s unsullied origins: the Roman term for ‘begetter’. In the days of Ceasar, a genius wasn’t something you were, it was something you had. A genius was a vaguely protective being like a guardian angel, but most of all this Roman version of a genius was a maker, a conjurer, a genie, who could create very real things out of thin air. And in that old-school sense of the word, Wayne Henderson has a certain genius, an ancient forest nymph that sits on his shoulders and whispers directions every time he picks up a piece of wood.”

And I love it. What a joy, a thrill, a treat, to read this book! I don’t understand the half of it, now and again, when it comes to the technical terms for all of the parts and steps that make up building a handcrafted acoustic guitar but it simply doesn’t matter. I am enraptured anyway.

“Every guitar has its own voice, an individual timbre that’s as distinctive as a human voice – there’s no doubt that some techie could program voice recognition software to respond to the idiosyncratic strum of a particular guitar. Where does this voice come from? In a way, it comes from God or Mother Nature or whatever name you choose to apply to those things we can’t quite fathom and can’t quite control.”

Part of what makes this book such a delight to read are the many characters that congregate in Hendersons guitar work shop. Allen St. John paints their portraits beautifully, and except for the lack of smells from working pieces of wood, I feel as if I am perched on a stool in that workshop, watching skilled hands do their thing, all the while the gentle banter flows back and forth, as jokes and stories are being told.

“‘Number 1 is the state of mind of the person building the guitar’.
I was stunned.
In a single sentence, he [T.J. Thompson] had articulated the hypothesis I had been gradually creeping toward. An instrument is the sum total of not only the builder’s experience, but his experiences. You need to be a good man to build a good guitar.

‘When people ask me how to build a better guitar, I always think and sometimes say, ‘Be a better person.’ You can’t keep your personality out of the work. It’s impossible.'”

Those paragraphs from pages 224 and 225 (of my hardcover edition from free press) are part of the insight that Jonathan Field riffed about, and when I read it, I remembered that I had actually blogged about this specific thing. Something with it resonated with me, and I think, perhaps, because I’d like for it to be universally true. I am not sure it is, but I would sure like for it to be!