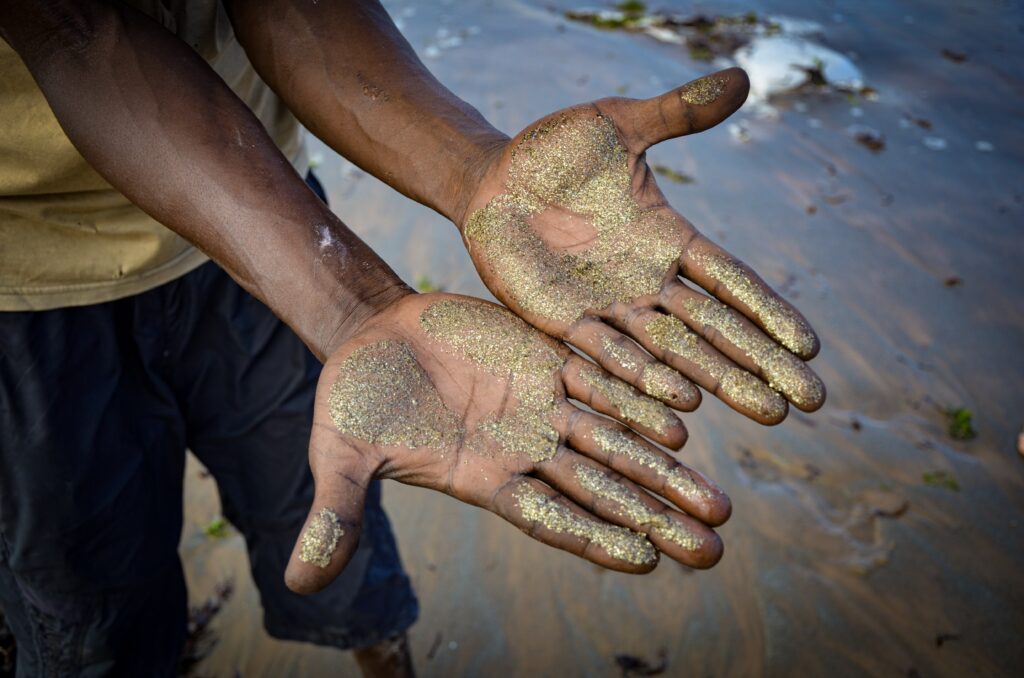 I went on a short trek along the beach in Malindi, on one of the two afternoons of unscheduled time I had during the entire Kenya-trip. The beach of Scorpio Villas was like something straight out of a painting of Paradise. To the north, it ended with a small cape, with an alluring Pokémon Go-stop named Vasco da Gama monument. (Yes. I play PoGo, still. And no, I deliberately didn’t purchase a data package for my phone in Kenya, so the only places where I could catch a few Pokémons was when I had wifi, which I did, at Scorpio Villas. I could see the PoGo-stop, from my bungalow, but the wifi did not extend all the way to the monument.)

So I convinced Jonatan to tag along, to see what that monument was. Along the way, we encountered a local fisherman, who was eager to show us around. He pointed down a road, saying That’s there the monument is. It will cost you 80 KSH though, and that’s when I lost interest, as I was dressed in a bikini and a sarong, with no cash on me. Or rather, I wanted to continue north, to the beach on the other side of the cape, to see if the monument was visible from there.

He ensured us it was, and continued with his storytelling as we walked on. He told us da Gama actually did take off from this small cape, upon heading east over the Indian Ocean, only to continue to tell us about the small fishermen’s village we passed to the north of the cape. And yes, as we came a bit further along, I did get to see the monument. But even better, when we got down on the beach, totally different in looks from the paradisic beach outside our hotel, he bent down, placed his hands on the sand, stood still for a few seconds and then brought his hands up, saying This is the Golden Beach.

Advent Calendar for 2019: sharing pictures and stories/reflections from my trip to Kenya in June. I went to visit “my trees” and get a hands-on experience of the social entrepreneurship of the Kenyan forestry company that I buy trees through.

Full disclosure: I am proud to say I am both a customer and an ambassador for the company. If you are curious to find out more, let me know and I’ll gladly get in touch with you! Here’s my sponsored link: https://betterglobe.com/27216