I can honestly say, I had no clue who Glenn Beck is when I pressed PLAY on Podcaster. And honestly, I still don’t, really, as the only point of contact I’ve had with him is that On Being episode with him in conversation with Krista Tippett that I first listened to in May of 2017. On the other hand, it’s an episode I think I’ve listened to at least five times, possibly more, so the Glenn Beck he presents as there, is someone I’ve gotten to know quite a bit.

Under what rock have you been hiding?, you might be asking right now.
But as a Swede, living in Sweden, for me Glenn Beck is not a household name. So I figure I’m in pretty good company, in not knowing who this man is. 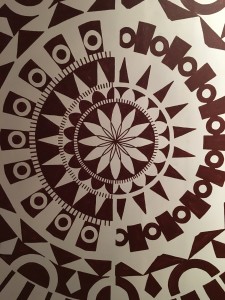 However. It is a truly remarkable podcast, this one. (And please, when you listen to it, choose the unedited version!) There’s a rapport between them that I really like, but more than that, I think it’s the fact that Krista and Glenn seem to “come from opposite points of view” in many ways, and yet, there’s respect, there’s humor and laughter, there’s agreements as well as points of disagreement, but in the most interesting way. Not at all confrontational (which I gather is something this man has been throughout much of his career), but rather, investigative with lots of curiosity and open-mindedness.

Krista starts the show by stating:
Glenn Beck is a complicated person. So, after all, are we all. Speaking with him brings home the reality that if we’re going to create the world we want our children to inhabit, we’re going to have to find ways to hold more complexity peaceably, and probably uncomfortably, just to soften what is possible between us. We need to be ready to let others surprise us, let them repent, offer forgiveness, and ask hard questions of our own place in this moment. This doesn’t happen often in politics, but it is essential in life and must be part of common life too. As part of our ongoing Civil Conversations Project, I draw out Glenn Beck in this generosity of spirit.

And that’s truly what this podcast exudes, a generosity of spirit; to such an extent that I’ve listened, and re-listened immediately thereafter, more than one time around. That’s high praise coming from such a podcast-buff as I!

Certainty is a closing of the mind