/
by Helena Roth
/
in Reflection, Wholehearted
/
No Comments 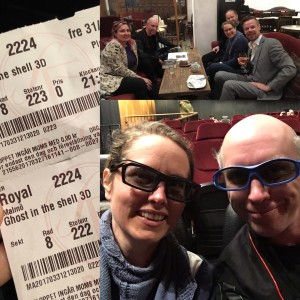 Sitting in bed after having a slow morning. Went to the movies last night, the late night show, which I never ever go to. Except yesterday. And it was a nice break from what I usually do. Before the movies my friend Michael Sillion had thrown out an invitation to a #FutureDinner in the universe, and we ended up being five people at Satori, eating, talking, connecting; going deep.

It was a great experience, and I feel as if I’ve been shaken from my complacent and slightly lethargic “non-routine of socializing”, because truth be told, I’ve become more of a recluse since me and hubby separated, than any of us would have thought. I think I’ve needed it, but now, I think I need to start to aim myself outwards again. I mean, I am all about the inside and boy do I ever listen closely to whatever wants to happen, from within. But it’s time, to also listen more to what wants to happen without – me in the company of others. Wholeheartedly.

When Michael made the invite, I was so close to saying No thank you. Without really thinking about it. I managed to stop myself though, and deliberately decided to break out of my rut, by saying Yes, thank you, I’d love to join you!

It takes effort.
It’s easier, and less exhausting, to simply stay within the narrow confines of home and closest family. But I want more now. I want different. I want to spice up life, with other peoples input, thoughts, ideas, strange beliefs making me go: Huh, never thought about that, how fascinating!

So – anybody wanna join me and the kids for dinner tonight?